Forte/Piano Tech Academy
July 30-31, 2022
An Introduction to the Conservation of Historical Pianos

Historical pianos are to be found in increasing numbers in schools, concert halls, and private homes; yet few opportunities are available for acquiring the specialized skills needed to care for them. This intensive two-day academy, led by restorer-technicians Ken Eschete and Ken Walkup, is designed primarily for piano technicians who are seeking to expand their skill set in that direction.

Offered by the Cornell-Westfield Center for Historical Keyboards (and in conjunction with the 2022 Forte/Piano Summer Academy), the academy will host 10 participants on the Cornell University campus, drawing upon its unique collection of historical keyboard instruments.

Learning will take place through in-person and video presentations combined with hands-on assignments that provide opportunities to apply learned skills. The academy will consist of four 90-minute sessions on Saturday, July 30 and two on Sunday, July 31 with ample opportunity in between to explore Cornell’s renowned keyboard collection and network with other participants and instructors. Topics (subject to revision) will include: 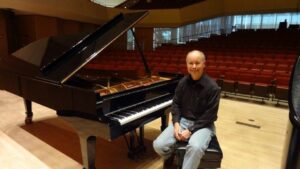 Ken Eschete is a native of New Orleans and has lived in Spokane since 2013. His experience as a conservator started with a fellowship at the Smithsonian Institution and continued with an internship at Colonial Williamsburg. He was elected to Professional Associate in the American Institute for Conservation (AIC). Conservation treatments have included three pianos at the Smithsonian, including Prince Albert’s Erard piano, a fortepiano by Graff, and the 1860 Chickering grand. Other conservation work has included the Abraham Lincoln piano at the Chicago Historical Society Museum. Most recently, he has done conservation work on Eleanor Roosevelt’s Steinway at the Roosevelt Presidential Library; and on Cornell’s 1843 Pleyel grand piano.

When not working on historic pianos, Ken operates a piano tuning business with a very active restoration shop serving pianists from all over the country. More information at www.BentsideArts.com. 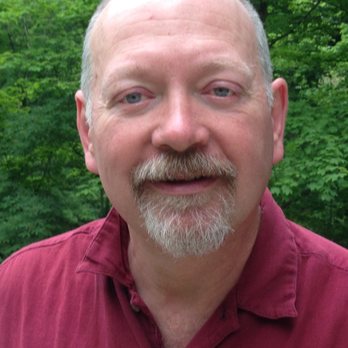 While attending Cornell University in the early 1970s, I began to take an interest in piano tuning and repair. In early 1974 I applied to the North Bennett Street School in Boston, then and now the best place in the country to study this subject. For a few months, while waiting for the next class to begin, I took a job at the Aeolian American factory in East Rochester, NY, manufacturer of Mason & Hamlin, Chickering, Knabe, and several other brands of piano.

The director of the piano tech program at NBSS was Bill Garlick. In addition to being an inspiring teacher, he had an important collection of mostly 19th-century pianos, which were housed at the school. So, in addition to a practical education based on modern pianos, I got a terrific introduction to historical pianos as well.

I returned to Ithaca in August 1975. Around Thanksgiving Day I got a call from Malcolm Bilson, who told me that the job of tuning pianos for the Department of Music was open. Malcolm’s interest in fortepianos grew, and I was of course interested. As the decades passed, the term “fortepiano” began to encompass much more than the five octave instruments made in Vienna at the time of Mozart. As the number and variety of his, and Cornell’s, instruments increased, I began doing more of the tuning and other maintenance, especially since about 2000. My own interest and knowledge increased as a result.

I‘m now fortunate to be able to work with the amazing group of pianos at the Cornell Center for Historical Keyboards, covering the entire history of the instrument up to the present. I really enjoy working on the early pianos, and at the same time I am also very much engaged in working on contemporary pianos.

We welcome any person with an interest in historical piano technology. Prior experience with keyboard technology is preferred but not required.

All accepted participants must be fully vaccinated by the time they arrive on campus per Cornell’s COVID guidelines for students in residence.

Send an email before July 10 to cchk@cornell.edu to introduce your background and interest in attending the academy (up to 500 words); we will respond by email within 24 hours to notify if places are still available;

If places are available, we will provide instructions in our email response for submitting a $200 deposit. After submitting the deposit, you will receive an email confirming your place in the academy within 24 hours of receipt.