Welcome to the first of our Fall 2020 series of events celebrating Beethoven in his 250th anniversary year. Our theme is a double one: it explores Beethoven and Pianos, but it also heads with Beethoven and perhaps also beyond Beethoven, Off the Beaten Path.

2020 was to have been a bumper Beethoven year. As we planned a festival that would mark the occasion and put to use the collection of historical keyboards at Cornell, we wondered what we could do to add to the myriad concerts, talks, symposia, and festivals already in the works across the world. Various voices even hinted that perhaps, by the second half of the year, the ears of concert-goers would be saturated with Beethoven; perhaps, by September, we’d be calling out, to quote the master himself, “Nicht diese Töne”: “Not these sounds”!

And then Covid-19 came along, and concert halls fell silent. Now, more than ever, we want to hear music, especially live musical sounds (even if available only virtually); but also, more than ever, we find ourselves asking why those sounds are important. As we encounter and re-encounter Beethoven in this series, we hope to cast some light on the ideas and practices that informed the keyboard culture of Beethoven’s day, but also to go beyond them, in terms of time and place, politics and aesthetics, performance and ideology—reaching well into the 20th and even 21st centuries.

To frame the project, we’ve invited as our opening guest Nick Mathew, Associate Professor of Music at the University of California, Berkeley. Nick is a scholar of 18th- and 19th-century music who writes about music and politics, music and aesthetics, music and material culture. He’s also an excellent pianist and presides over a fine collection of historical pianos at Berkeley. Nick’s most recent book is a wide-ranging study of music and markets in the long 18th century. But Nick is probably best known for his work on Beethoven, especially his first book, Political Beethoven (2013), which explored Beethoven’s overtly political music (“tasteless Beethoven”) and its reception. And with that, our interview begins. 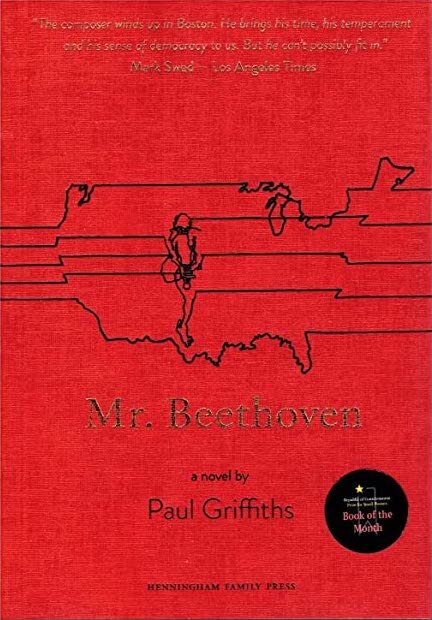 Paul Griffiths was born in Bridgend, Wales, in 1947. He studied biochemistry at Oxford and joined the editorial team of the New Grove in 1973. Around the same time, he began writing on music for various London papers, becoming chief critic of the Times of London (1982-92). He then wrote for the New Yorker (1992-96), and the New York Times (1996-2003). His first book, A Concise History of Modern Music, came out in 1978 and was soon translated into French, Dutch, Japanese, Portuguese, Finnish, and Welsh. His other books on music include studies of Boulez, Cage, Messiaen, Ligeti, Davies, Bartók, Stravinsky, Barraqué and the string quartet, as well as the Penguin Companion to Classical Music (2004) and A Concise History of Western Music (2006), of which the latter has also been widely translated. Among his fictional writings are novels—Myself and Marco Polo (1989 Commonwealth Writer’s Prize), The Lay of Sir Tristram (1991), Let Me Tell You (2008), Mr. Beethoven (2020)—and several librettos for composers including Mozart (The Jewel Box), Beethoven (The General), Elliott Carter (What Next?), James Wood, Hans Abrahamsen, and Christian Mason. In 2002 he was made a Chevalier in the Ordre des Arts et des Lettres, in 2008 a Member of the Welsh Academy, in 2011 a Member of the American Academy of Arts and Sciences, and in 2014 an Officer of the Order of the British Empire. He lives in Manorbier, Wales, and New York with his wife, and has two sons. For more information, see www.disgwylfa.com.