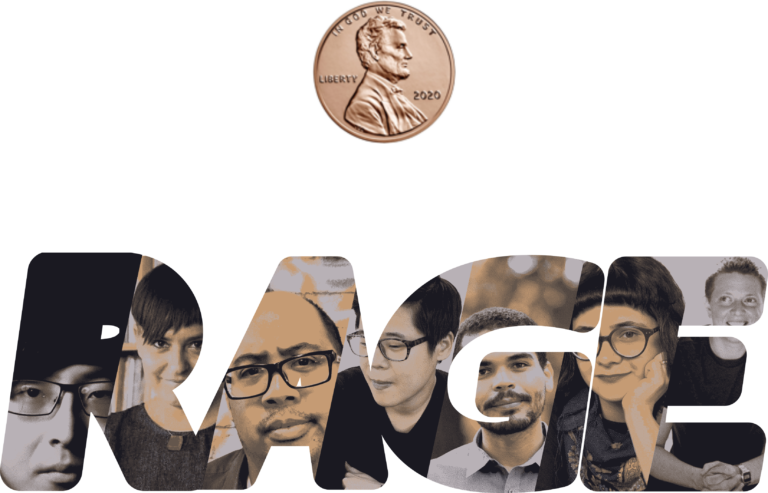 2020 has been enraging. Two-hundred fifty years after his birth, what place does Beethoven have still in our current world, defined this year by disease, isolation, inequality made visceral, and a democracy seemingly on the verge of death? How can we locate the specific in what has been touted for so long as the most universal of universals? The poets Beth Loffreda and Claudia Rankine have rightly observed: “The universal is a fantasy.” Never in our lifetime has faith in its promise felt more questionable (does it exist?) and more elusive (do we want it?).

In the long shadow cast by this year, not yet over, HereNowHear (pianists Ryan McCullough and Andrew Zhou) has asked seven composers to compose a variation each on the first sixty-four measures of Beethoven’s posthumously published “Alla ungherese. Quasi un Capriccio,” better known as “The Rage Over a Lost Penny, Vented in a Caprice” (“Die Wut über den verlorenen Groschen, ausgetobt in einer Caprice”). (One composer, due to unforeseen circumstances not unrelated to the xenophobia and senselessness of our government, could not complete the commission.)

This new work, entitled RAGE (Vented), draws inspiration from Anton Diabelli’s cosmopolitan Vaterländischer Künstlerverein project. In 1819, Diabelli sent a middling 32-bar waltz of his own devising to various composers across the Austrian Empire, requesting each for a variation to be compiled and sold to benefit orphans and widows of the Napoleonic Wars. Beethoven famously responded with his Diabelli Variations, op. 120, in which he took it upon himself to compose thirty-three variations on Diabelli’s theme, a transformation of a trifle into something monumental. Still, Diabelli, had a last hurrah. Beethoven suppressed “Alla ungherese” from publication during his lifetime, but the work, a spirited rondo of almost manic disposition, was bought at auction in its still-sketched form and published posthumously by Diabelli, in 1828, with the curious title Rage Over a Lost Penny, with which the work has become popularized. Certainly, the title is not Beethoven’s own. Its opus number, 129, inscribes it with a misleading lateness (in fact “lastness” for his solo piano works) in the catalog, despite its probable composition date of around 1795.

HereNowHear will, due to current circumstances, record the variations from different locations at a distance (…an eine ferne geliebte), adding one each composed by Mr. McCullough (his visual recomposition of Beethoven’s theme) and Mr. Zhou (Con variazioni). The technical means required to realize the recording seem to feel like a symbolic culmination of a year defined by arduous, ad-hoc, duct-taped solutions just out-of-frame.

We graciously thank the Keyboard Center for commissioning support in this project. We would also like to thank Laurel Gilmer, Deborah Justice, Fumi Nagasaki-Pracel, and Michael Sparhuber for additional help.

Video will premiere on December 17 at 7:00pm EST

Dante de Silva: Too Sedated to Rage, for two pianos and electronics (2020)

LJ White: Rage is the bodyguard of sadness, for two pianos (2020)

Diabelli’s commission for a single variation from Beethoven yielded thirty-three variations; a set of variations that attempt to best Bach’s Goldberg. Receiving a similar commission from HereNowHear, founded to perform Stockhausen’s Mantra, I knew I wanted to compose more than one variation, but as an opponent to “best” I decided to focus on beating the Beethoven of Rage, who was younger than I am when he composed it. How does one best a Beethoven not quite thirty? What do I know that he did not? I know late Beethoven and Mantra.

Stockhausen has said of Mantra that it begins with the shortest introduction in the history of music. Finding this statement ridiculous, I decided to expand his introduction, which is a small rhythmic cell that grows proportionately to itself. The cell, in theory, could go on forever. Beethausenstro—Castockhoven is an amalgam of Stockhausen’s Mantra introduction with Beethoven’s Rage and late style.

Beethausenstro—Castockhoven is scored for two pianos with auxiliary percussion. It is a set of three variations that cycle strictly through the opening sixty-four bars of Rage. The first variation is a prelude to the second, a fugue. The fugue is composed in the style of late Beethoven, considering as a model the fugue from Hammerklavier. The final variation acts as a postlude, slowly becoming the opening harmonic framework of Rage. The title of my work builds from a Stockhausen work, Beethausen—Stockhoven. I am grateful to Ryan McCullough and Andrew Zhou for this opportunity to write for them. Happy 250th birthday to Ludwig van Beethoven, that sweet creature of bombast.

when writing sense of missing, instead of focusing on the idea of rage over loss (despite there being so much to be furious about these days—the loss of life through racial injustices or the loss of human connection due to the pandemic), i wanted to convey the co-presence of yearning to hold what we do not have along with the tolerance of loss.

we all search for what we feel is missing in our lives in our own way, at our own pace. the “unison” isorhythm articulated by soft gong-like sounds (created through penny preparations inside the pianos) provides a tenuous but continuous substructure for two contrasting melodic cells (one ascending, the other descending) to float within. each cell is played at slightly different tempi and are uncoordinated between the performers, mirroring how two separated people may drift towards, away, alongside each other throughout their lives despite their binding desire to be reunited.

When trying to think of a program, Lee found it difficult to say more; he simply knew he wanted to write a prelude to Beethoven’s work. The lexicon of sounds is drawn from a battery of objects used inside the piano (dulcimer hammers, superball mallets, fingernails, our skin, an e-bow that keeps a string in eternal vibration). The work is as intimate as it is lonely: the grammar, in an ideal world, depends on the interaction of the two pianists for meaning. In the end a fragment of Beethoven emerges from the fog. Lee signs it as having been completed on Nov. 20, 2020, in “Hong Kong, approaching fourth wave of COVID-19, S.D.G.”

This is a love letter to those whose raised voices are silenced or hijacked. In 2020, a year that does not seem to leave us alone, many felt enraged and frustrated but also voiceless and perhaps paralyzed.

It might sound an overly romanticized idea, but I believe the collective expression of frustration and rage towards imperfections can lead to positive change.

The sound produced by the muted strings is a murmur that symbolizes rage and frustration. It swells and contracts quietly and goes through interruptions. Even when silenced, the residues of rage linger in the space until they rebound.

It was such an easy task to become enraged by almost any event of 2020. And when I approached this piece, I found myself excited to write something angry and aggressive.

Then, the election happened, followed by four long days waiting for a result.

During that time, I found myself flipping between trying to run my life and looking for new election results. For days, this back-and-forth caused much of my life to stand still. The waiting made it difficult to figure out if I was angry or pleased at the time. I soon realized that I was neither angry or pleased; I didn’t quite feel anything—I felt null.

Too Sedated to Rage, for two pianos and electronics, elicits that feeling of near hypnotized mental paralysis, a quasi-dream state paradox in which one wants to simultaneously act and not act or think and not think; it is a state of mind similar to depression. The pianos mix together quotations of Bach’s Goldberg Variations, Satie’s Gymnopédie No. 1, and Beethoven’s Rage over a Lost Penny while being modified through simple effects to gain a psychedelic, inebriated sound. The soothing nature of such sleepy pieces is juxtaposed to create an uneasy, yet calm, replication of null.

LJ White: Rage is the bodyguard of sadness

My variation on the theme from Rondo a Capriccio in G is informed by the pattern of harmonic function that characterizes the original, oscillating between harmonies that bear a fundamental tonic-dominant relationship to one another. I also chose to draw on the motivic characteristics of Beethoven’s melody line and the steady pulse of his accompaniment. Some of the pitch content from later in the Rondo a Capriccio inspired me, as well; the first chord of my variation comes from a simultaneous setting of Beethoven’s prominent chromatic tendency tones and their resolutions about halfway through the work.

The title “Rage is the bodyguard of sadness” is adapted from a post I saw on Instagram, an illustration with the caption “angry is just sad’s bodyguard.” These days, amid the events of 2020 in the US, I certainly feel rage, among a lot of other emotions, but I am finding that when I sit down to write music, raw sadness is what is coming out most naturally in my work. It seems to be the purest distillation of this year’s confluence of feelings for me.

The poet Claudia Rankine has remarked, with bracing clarity and bone-weary frustration:

I don’t understand how all the history and learning and conversations that have carried us through our lives allow us … still to not see the same things, when they seem so obvious.

…We’re all looking at the same document and you’re still hearing a justification for the killing of black people.

A document in madness, thoughts and remembrance fitted.

The platitude about 2020 is that it will all be hindsight. The scriptural symbolism, however, possesses more insight: the binary look of two twos and two zeroes in alternation points to the dualism of watching and hearing everything in double and yet seeing and understanding nothing.

Con variazioni is a doublespeak berceuse—a stupefying lullaby. There is some real sentiment, but much of it is dumb. (Duuumb-da-duuumb-da…) Multiple references to Beethoven and Beethovenian objects, touches, and sensations get woven in. The distortionist still gets to play his Emperor cadenza. He gets the transcendent trill at the end, while everyone around him, exhausted, tumbles and dissolves back into the earth.

Co-sponsored by the Central New York Humanities Corridor from an award by the Andrew W. Mellon Foundation