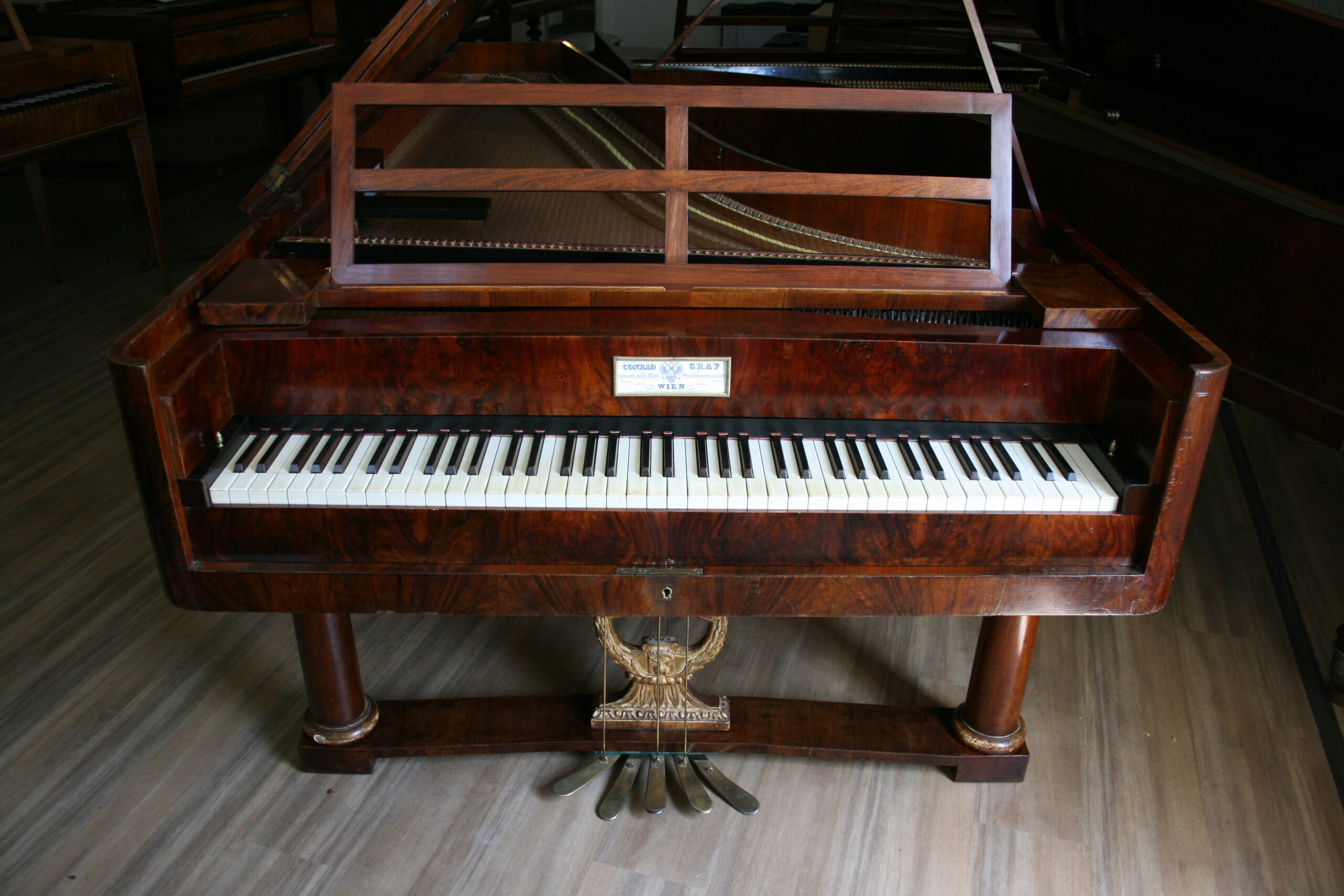 The Cornell Center for Historical Keyboards is delighted to announce the arrival of Conrad Graf Opus 502 (ca. 1823-24) into our collection. The piano is the generous gift of Nancy Garrett, Professor Emeritus of Piano at the Butler School of Music, University of Texas at Austin (who is also the benefactor of our 1799 Broadwood).

Opus 502 was bought by musicologist-restorer Edward Swenson (Cornell PhD, 1974) from the Failli family in Loro Ciuffenna, Italy where the piano had been in the family home since the 19th-century. In WWII, political partisans invaded the house aiming to bring as much destruction as possible for the Faillis were avowedly fascist. The instrument received a hammer blow to the tail of its lid, though the working parts of the piano (soundboard, structure, action) were thankfully left undamaged.

Conrad Graf remains the most revered maker of the early 19th-century Viennese piano. According to the Grove Dictionary, Graf’s instruments “represent the culmination of the Viennese Classical era of piano building in the style of J. A. Stein and Anton Walter.” Musicians who possessed or performed on Graf pianos include Beethoven, Chopin, Kalkbrenner, Liszt, Clara and Robert Schumann, and Brahms. Around 60 original Graf instruments survive (out of 3000) and it is often the highlight of any collection.