The newest addition to our instrument collection is an 1857 J. B. Streicher Opus 5294—with Viennese action—generously gifted by Alan Bostrom, a retired statistician and an accomplished amateur musician. The piano was restored by the musicologist and restorer Edward Swenson (PhD Cornell ’74), in nearby Trumansburg between 1998-99, who found it in a bar in Washington, D.C. The instrument arrived on the Cornell campus in mid December from San Francisco and is currently being given a thorough regulation under the supervision of CCHK technician Ken Walkup in preparation for a series of Brahms projects planned for later this semester. 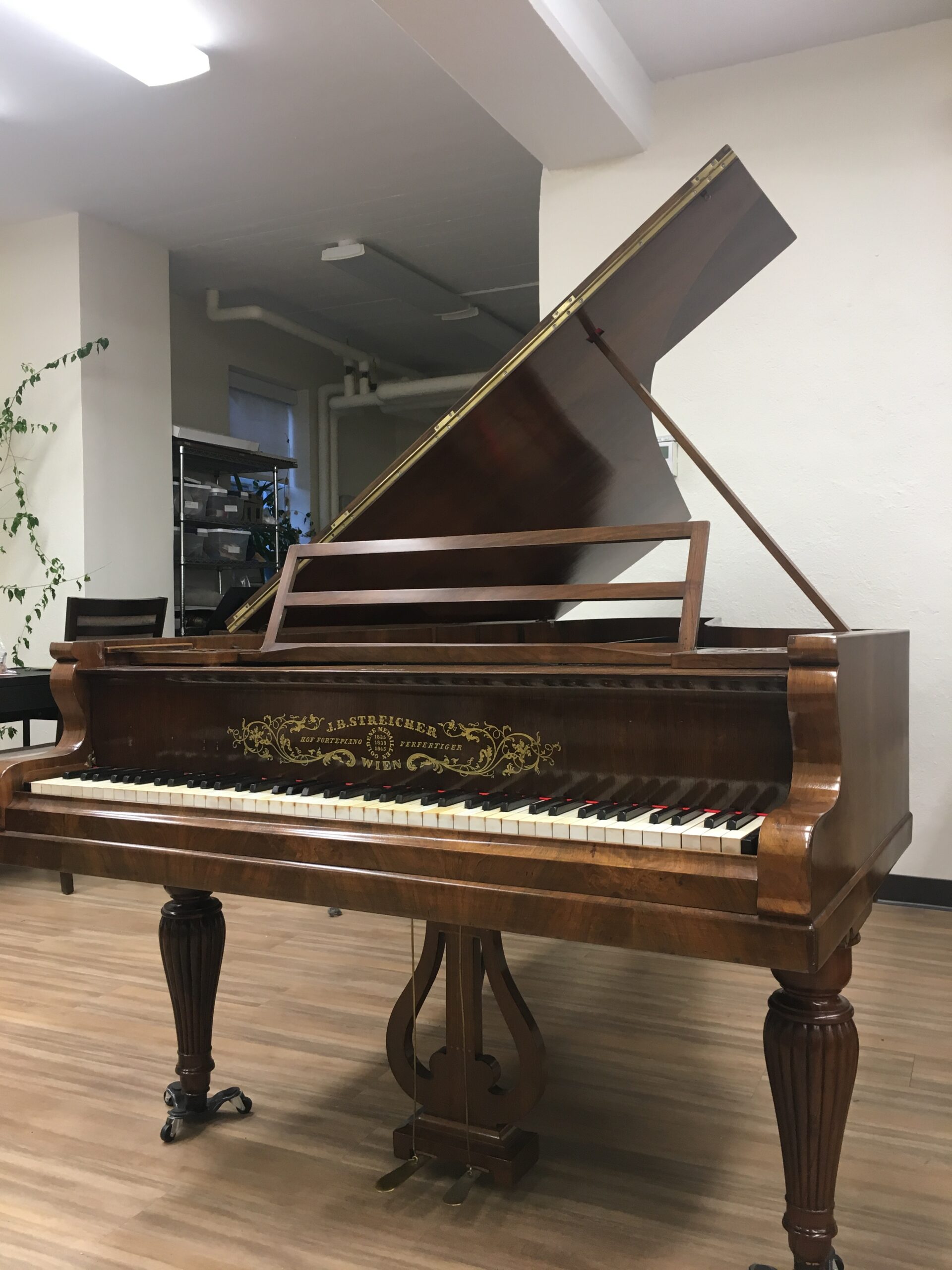 It is well documented that Brahms praised the pianos of J. B. Streicher (there is an oft-cited letter from 1864 in which Brahms endorsed Streicher pianos to Clara Schumann) and used them almost exclusively in his Viennese recitals between the mid 1860s and 70s. In 1872, the Streicher firm loaned Brahms one of their 1868 instruments (Opus 6713) for use in his Viennese apartment and the instrument stayed with Brahms until his death. The piano was mostly destroyed in the aftermath of World War II, with only the lyre, fallboard, and parts of the music stand remaining. Despite speculations that it had a Viennese action, we are ultimately uncertain since the Streicher firm produced several different actions at the time (including a Stoßzungenmechanik and an oberschlägige Mechanik in which the hammers strike the strings from above). As a postscript: on the now-famed 1889 recording of Brahms playing his Hungarian Dance No. 1 captured on Edison’s wax cylinder, the piano in question is similarly a Streicher, dated 1880 (Opus 8105) with a Viennese action.