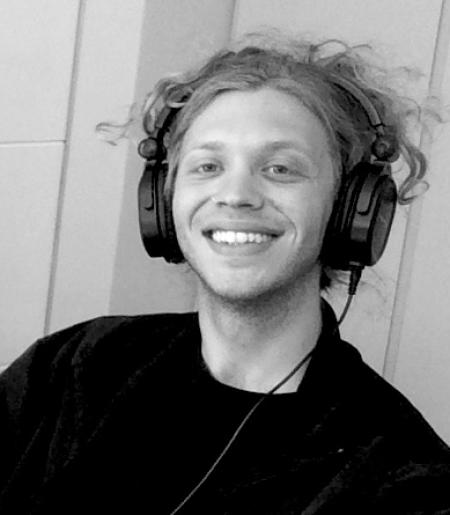 A History of Decay:
Developing a Sonic Archive for the Cornell Center for Historical Keyboards

In this research profile, DMA candidate Joshua Biggs discusses the creation of a digital library of samples drawn from the CCHK’s collection. For complete access to the library and to virtual sampler instruments, please contact the CCHK.

In Fall of 2021, I was fortunate to receive a research grant from the Cornell Center for Historical Keyboards to develop sample libraries of several of their instruments. The CCHK’s collection spans several hundred years of instrumental innovation, and I was excited to render this archive audible, digital, and accessible to a larger public.

From the start, visiting scholar-artist in residence Mike Lee generously offered his expertise and historical knowledge of the instruments: he guided me as to which instruments to record and why; tuned and retuned the keyboards before my recording sessions; and helped to coordinate access to the Center over the Winter Break, during which time the acoustic dampening effects of the snow together with the relative emptiness of campus ensured the best possible recording conditions.

I began by sampling the Center’s copy of a Gottfried Silbermann piano from 1749 by Paul McNulty, an extraordinary, delicate instrument which I immediately came to love. In particular, the combination of its two stops––one for sustain and one to mimic the metallic brightness of the harpsichord––produced a sound I had never heard before. Having grown up playing Bach––who we know encountered Silbermann’s pianos toward the end of his life––recording the Silbermann was an exciting instrument with which to start. I recorded each note twenty-four times with three sets of stereo microphones kindly loaned from the Cornell Electroacoustic Music Center––PAs, Rode NT5s, and Neumann TLM 103s. For the Silbermann and each subsequent keyboard, I recorded three dynamic levels, for both staccato and legato (held for the duration of the decay of the key sounding in the space) articulations, with and without the sustain pedal (and other stops, where applicable). Happily, I was also able to digitally reproduce the combination of the Silbermann’s two stops in my digital avatar after the fact.

The second instrument I recorded was the Center’s Johann Baptist Streicher piano built in 1857, which Mike and I referred to as the “Brahms piano” (given that Brahms had a very similar J. B. Streicher piano in his Viennese apartment until his death). I originally had no plans to record the Streicher––historically, several other instruments in the collection seemed still more impressive––but as soon as Mike began to demonstrate its sound quality for me, I knew I wanted to include it in the library. Like some others in the collection, it’s what is so-called a “Viennese piano.” Being at the end of that particular lineage of piano making, the instrument had grown in the size of its mechanisms and thus boasts an expanded tonal palette. Although the Streicher is not quite a modern piano, its warmth and then-relatively new powerful bass make it a much more familiar-sounding and -feeling instrument to contemporary ears and hands.

Next, I zigzagged back to a copy of a 1765 instrument, the unfretted clavichord after Christian Ernst Friederici by Dietrich Hein. I have always appreciated the non-performaticity of clavichords: for one, they are far too quiet for the concert hall, and I like to think of them as being designed to be heard primarily by the person playing them; secondly, the difficulty to keep them in tune or well regulated for very long (or even very short, depending on the weather!) spans of time affords them a kind of special material ephemerality.

Sampling the clavichord was appealing to me because a digital reproduction could be amplified while still maintaining a sense of the privacy of the sound. Similarly, I was curious to preserve, or lock in a particular instance of its tuning. While I originally considered digitally tuning and regulating the samples once I had recorded them (which I––or anyone else––could still do at any time), I found retaining the irregularities (both in terms of pitch and loudness) to be more archivally interesting. In this way, my reproduction of the unfretted clavichord is a near-exact replica of the instrument on one particularly cold January day of 2022, and anyone who plays it is subject to that representative instance of its otherwise ever-changing nature.

Each keyboard took somewhere between five and eight hours to record, with the exception of the upright Pleyel Pianino from 1850, which took several sessions over three days. The Pleyel’s resonance is remarkable, with the bass notes’ un-pedaled sustain lasting well over a minute! Even when played staccato, the natural release time (i.e., the time it takes for a note to stop sounding once the finger has been lifted)––even in the CCHK’s quite dry room––sounds for at least fifteen seconds over almost the keyboard’s entire range. Sampling the Pianino, then, involved a fairly arduous performance of trying not to move or breathe too loudly so as not to disrupt the recording for each sample of each note. This performance, however, was well worth it; the Pleyel’s unusually brilliant (for its size), otherworldly character owes much to the lengthy dynamic spectral motion instantiated with each keypress.

Finally, I recorded the Blüthner Aliquot Grand, built in Leipzig in 1878 and recently restored by long-time CCHK technician Ken Walkup. The instrument features a fourth, un-hammered, sympathetically resonating string tuned an octave higher for each note above the tenor range, lending the sound its distinctive, sparkly aura. I sampled the Blüthner over two nights in the Green Room of Cornell’s historic Barnes Hall, taking care to position the microphones in such a way so as to accentuate the treble’s brilliance without over-emphasizing or artificially extending it. Determining a balanced, expressive microphone position for each instrument was crucial. Broadly speaking, I placed the small omnidirectional DPA 4099s close to the hammers to document the intricate sounds of the different mechanisms; the small-condenser Rode NT5s above the soundboard and facing the manual to collect the high frequencies, and especially the transients; and the Neumann TLM 103s at the edge of the soundboard to pick up the warmth and elusive lows while maintaining a room-agnostic, close-mic portrayal.

Now equipped with around thirty hours and over fifty gigabytes of raw recordings, I turned my attention to recreating the instruments in the digital domain. After initially experimenting with ultimately unsuccessful batch-processing techniques, I resolved to sample each note and its various sub-samples by hand in Ableton Live. Selecting the best takes, editing their starting and ending points, controlling for extraneous background noise, naming, and exporting the samples took several months to complete. I also decided to export samples for each stereo microphone pair separately so that their levels could be adjusted by performers to highlight different aspects of the instrument for different purposes. I learned a great deal during this time about the importance of storage efficiency in sound libraries, the (virtual) relationship between a soundboard and convolution (and plate) reverb, stereo mixing of different microphone sources and kinds, and (probably most importantly!) the meditative benefits of patient repetition.

During this time, I also had the opportunity to present my work and explain my methods to students of Professor Kevin Ernste’s Computers in Live Music undergraduate class, which is taught at the Cornell Center for Electroacoustic Music. Mike and I hosted the class at the CCHK’s instrument collection, where together we were able to demonstrate the intricacies and idiosyncrasies of the keyboards, share approaches to recording and sampling techniques, and discuss ideas and attitudes surrounding the construction of electronic archives of historical acoustic instruments.

As a recordist and archivist, I explained to the class how my priorities included fidelity and verisimilitude for conservationist purposes, but also the capacity to expand the reach of the CCHK’s collection through online distribution. As a composer, I also was curious about the library’s potential to express the instruments’ capacities and characteristics through juxtaposition and collage (what if two sounding instruments occupied exactly the same space?); about cross-modulation between timbres and envelopes (how does the Blüthner sound with the Silbermann’s harpsichord stop attack?); and about spatial convolution (what would the clavichord sound like if it had the soundboard of the Pleyel?).

As a culmination of this project, I assembled and installed a 5.1 multichannel installation in Lincoln Hall in early May 2022. This installation, called A History of Decay, featured a long-form (potentially endless) heterophonic keyboard improvisation that I performed and then distributed semi-randomly among the instruments and dynamically diffused across space. In the middle of the installation, I also placed a MIDI keyboard for visitors to play, programmed with sounds of various hybrid instruments of the kind described above. A brief one-minute extract, compressed for stereo playback, is available below:

Of course, the nature of this project is that it is unending, and it is my hope that this sonic archive developed for the CCHK will continue to be used and expanded by others. For complete access to the libraries as well as to the virtual sampler instruments (requiring Ableton 11 Suite and a MIDI controller with sustain pedal), please contact the CCHK. 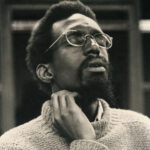 A Decade of Julius Eastman: Developing a Contemporary Performance Practice

Back to Top
Back to CCHK Homepage