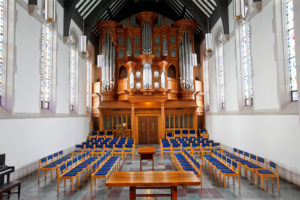 Music for Advent and Christmas: Annette Richards and David Yearsley 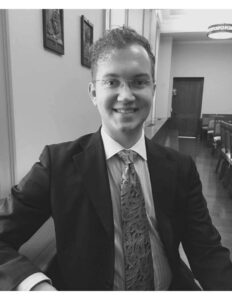 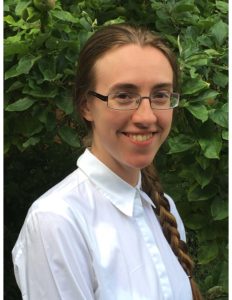 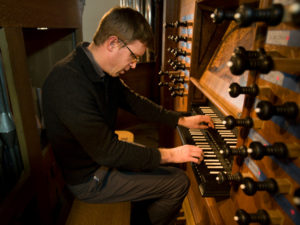 In turbulent times, music can accompany us into places of refuge, or is itself a means of escape. Music opens up imaginary worlds. This semester’s series, Music as Refuge, reflects on these themes in a series of short recitals performed by Cornell’s pianists and organists.

High points of this series are two programs by pianists Xak Bjerken and Mike Lee. Xak Bjerken will present a premiere of new Cornell Professor of Composition Elizabeth Ogonek’s Orpheus Suite, along with an interview with the composer. Mike Lee will perform a selection of Chopin’s Preludes, Op. 28, on Cornell’s Pleyel pianino, reflecting on Chopin’s isolated and alienated circumstances and their possible musical manifestation in a surviving autograph sketch during his sojourn on the island of Majorca (1838-39).

As part of the Music as Refuge series, the biweekly Midday Music for Organ programs range across a wide terrain, from early 18th-century Northern Germany to 20th-century England, from 19th-century America to the European lowlands of the 17th century, in an exploration of “The Organist’s Imaginary Worlds.”

David Yearsley will present “Fantastical Refuges” with music by G. F. Handel; Anna Steppler “Remembers Home” with British music of the 20th and 21st centuries; Annette Richards is “Suspended in Time” with music by Alain, Buxtehude, Mozart, and Arvo Pärt; and Michael Plagerman takes us to the “Fortress: Music of Strength and Comfort,” featuring List, Widor, and John Knowles Paine. The organ recitals will be recorded on a variety of instruments at Cornell and in the Ithaca area.

“Behind the Scenes”: A tour of the Cornell Baroque Organ with Annette Richards and Matthew Hall

Mike Cheng-Yu Lee: “Chopin in Majorca and the Pleyel pianino”